Article: The Lure of The Devils Hole

I've been going to the Devils Hole or Niagara Glen for quite some time, fishing. But even if you aren't into fishing and prefer hiking and love nature, this is the place. The Niagara River with its mighty rapids cuts through a 800 foot deep canyon of intense rock and boulder formations. There are caves down there as well. Not deep enough to house bats and thankfully no bears, but it's not uncommon to cross paths with a deer, fox, squirrels and snakes. The river sees many fisherman each year and all year long in fact as the river never freezes over. For brave and adventurous anglers, who must risk breaking a leg on the journey down or exhaustion on the way back up, there is a wide range of fish species to be caught in the very deep pools of this river. Whether fishing the Whirlpool or the Glen/ Devils Hole itself, you can catch bass, muskie, fresh water drum, carp, but most anglers target rainbow trout, steelhead and lake trout and salmon.

Another great aspect of hiking or fishing or even bouldering down the Devils Hole is that there aren't many people down here compared to the other National Parks along Lake Ontario's shore line. It gets real quiet, with the static noise of the majestic rapids that create a meditative state almost instantly. Always remember where you are down here. One misplaced foot step could be your last. No joke. If you slip off the boulder at the rivers edge, it won't be long before you were pulled under, down into the 40-100 foot deep pools and under current and washed out to the lake. Not to mention the cold. So take care! Which,reminds me, of the times I've gone down at night for Salmon.

Maybe it's the stories of the brutal battle in the 1600's between the First Nations and The British that has the British lose 81 men in the gorge of The Devils Hole or the stories of the Seneca people that claim the area is haunted and that many Spirits have appeared to hunters, travellers or fishermen over the years... but at times I don't feel that I'm NOT quite alone down in The Devils Hole.

If only I could peer around that boulder fast enough I would see a Spirit. Surely I must be watched by my Ancestors. And at times when I'm calm and letting the rushing water travel through the very fibre of my being, it's as though I can hear ancient chanting and it's those moments when I offer myself to the universe and forget about catching and just ease into my surroundings that I actually catch a fish!

There is a mystique about the Niagara river, like the Movie The Revenant, it really brings you back in time! 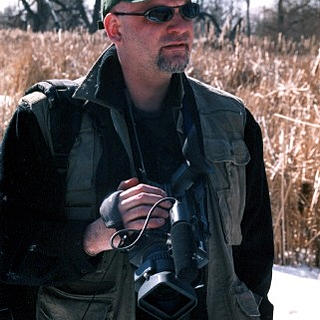 JC MOSES says see you in a week!